Steam is essential for proper expansion of the dough, and for good caramelization of the crust.

A sure sign of a good bake is evidence that there’s plenty of steam in the oven. Introducing steam when loading the oven offsets crust formation, allowing the dough to fully expand. It’s also responsible for greater caramelization of the crust, thanks to increased enzymatic activity and creating ideal conditions for Maillard. Electric and gas deck ovens have steam injected with the press of the button. For our wood fired operation, we use a number of strategies, always including a garden sprayer.

In your home oven, introduce steam by putting a pan of 2 oz of boiling water on the floor of the oven just before loading. If you have a Dutch oven this isn’t necessary as the steam is trapped by the cover. You could jerryrig something from oven safe pans, but it won’t have the same effect of the retained heat of cast iron. Challenger Breadwear makes a cool pan that specially designed for bread-baking. 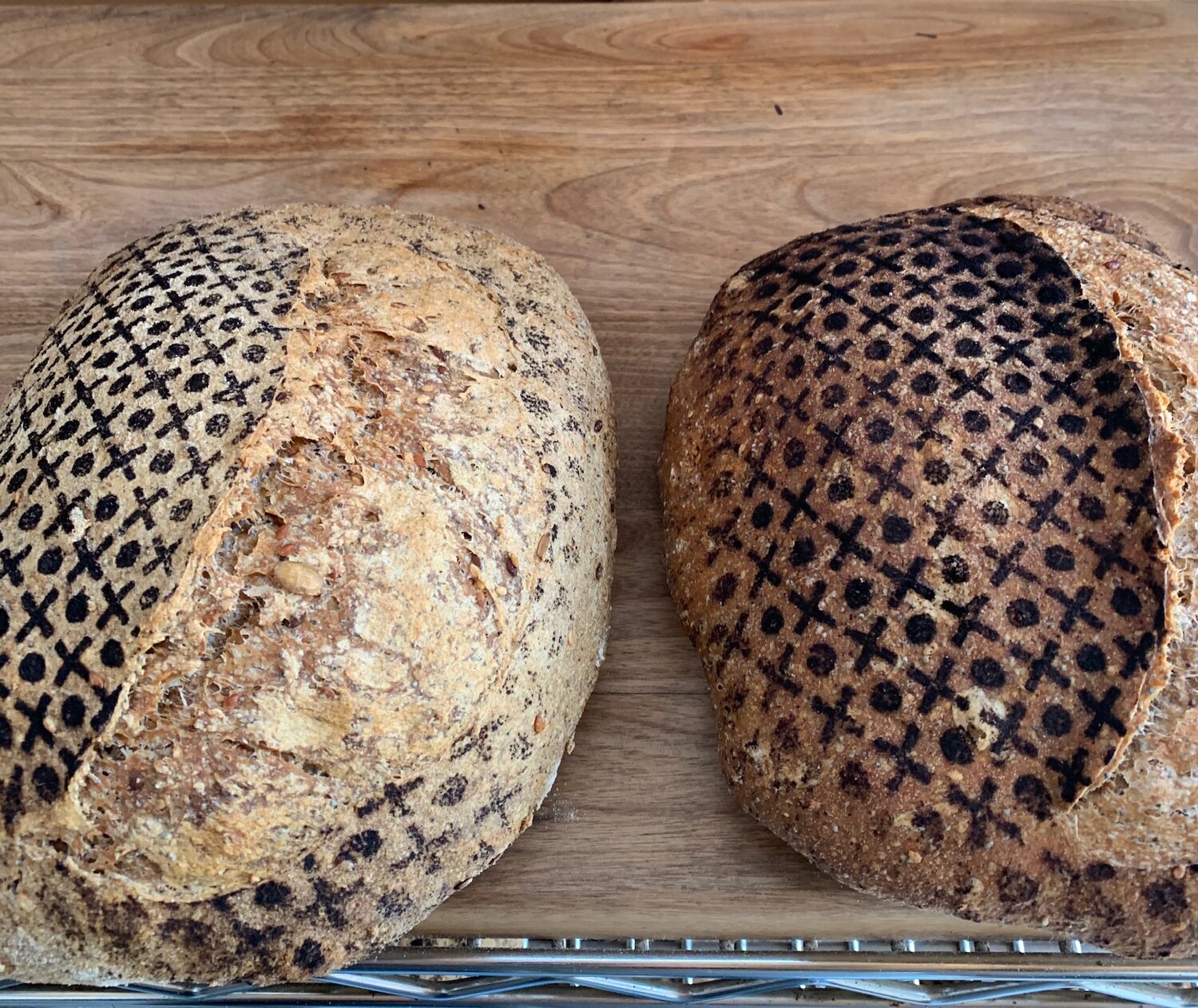 Although these two loaves were baked from the same dough, in the same oven, at the same time, the loaf on the left didn’t get steamed and therefore it looks matte, has less volume, a tighter crumb, and the crust is less richly flavored.